I Was a Child in the Gulag 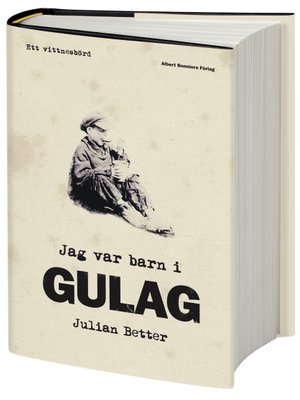 Born in the Gulag

Julian Better's parents were both arrested in 1937. The NKVD executed his father and sent his mother to the camps for five years. Julian was taken away from his mother at approximately 1.5 years of age and placed in "orphanages." Born in prison and brought up in the camps' orphanages, Julian spent his first seven years in the Gulag.

In the book I Was a Child in the Gulag, Julian tells his remarkable story of survival through cold and starvation.

The book was published in Swedish in 2013. All rights reserved by Julian Better, including an extended Polish edition. Click here and use the form to get in touch with Julian Better >>

Since 2009 Julian Better, with Ewa Wymark, has shared his experiences with more than 20 000 students and teachers in Sweden.